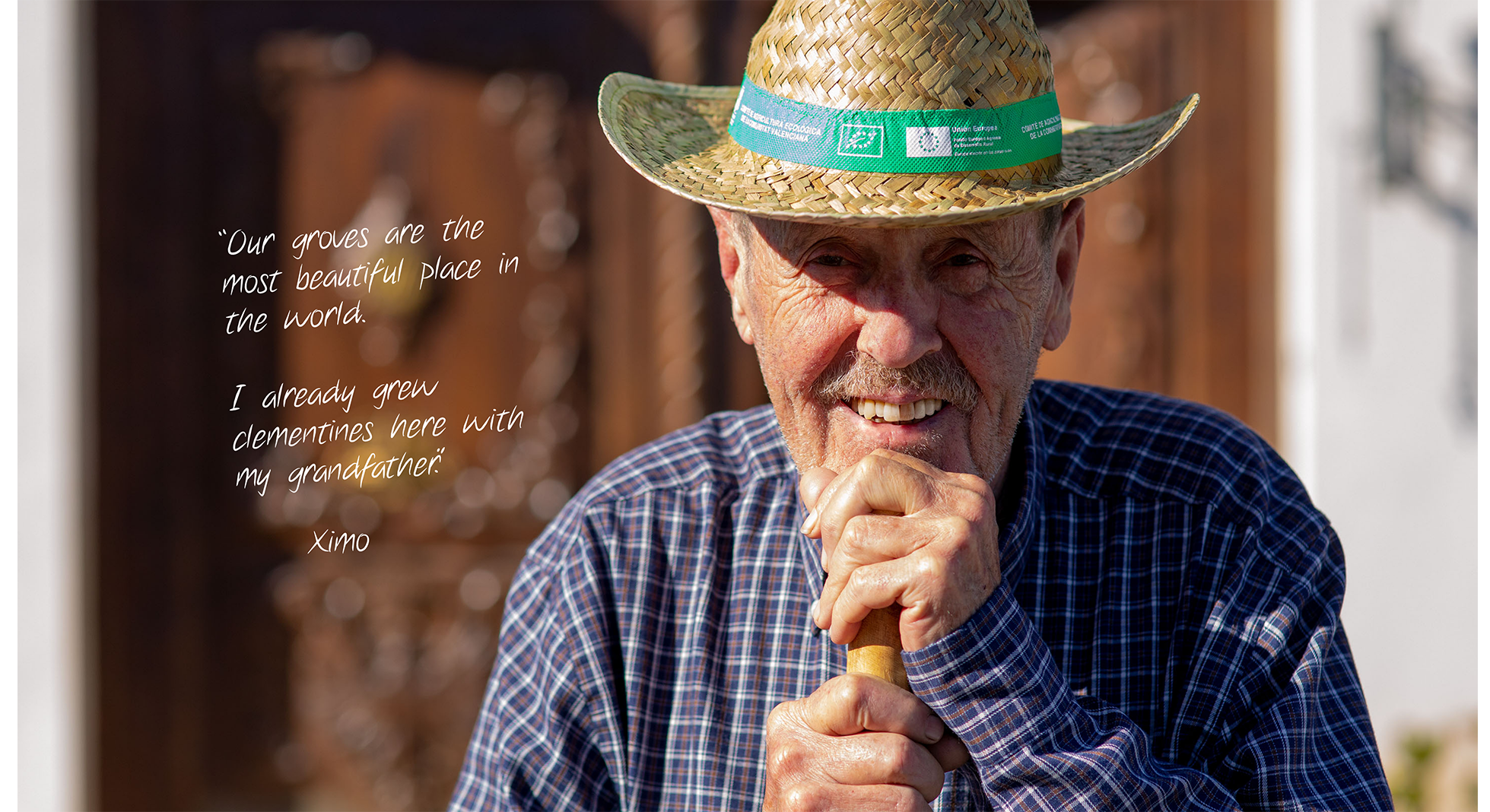 We farmers think in generations 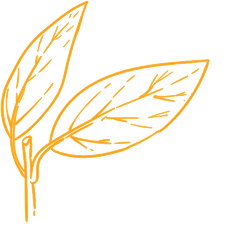 It seemed like a very normal Sunday. The eighty-five-year-old Antonio arose in the early morning to take his daily stroll through the citrus groves. However, when he bumped into Boris Jost, the great-grandson of organic farming pioneer Ernesto Baumann and the founder of the citrus orchard, it became clear to him that something was amiss.

Standing together in the middle of the orchard, Boris told him in hushed tones that the orchards had to be sold. For Antonio, it seemed like the world was collapsing around him. He had dedicated his life to this little piece of earth and loved it dearly. “You can’t allow that Boris! Your great-grandfather Don Ernesto would’ve wanted the farm to stay in the family!” Over the following days, the words of the experienced farmer followed Boris. A few days later, in his great-grandfather’s office, he came across a dusty folder full of letters written by delighted customers from France, England and Germany. Reading through the letters he thought to himself: “Antonio’s right. Why should I give up on the very thing that’s given our family so much? Why should I sit in some office, staring at a screen, when I could be growing and harvesting oranges in sunny Montesa?” And so, Boris decided to leave his well-paid job and set to work continuing what his great-grandfather had first begun in 1929.

Some call it organic, for us, it’s just normal.

The vision of a natural product, harvested once it’s ripe and delivered directly from the tree to the consumer, quickly convinced other farmers in the area. Inspired by this simple but convincing vision, our network of highly dedicated organic citrus farmers has grown in a very natural and constant manner. 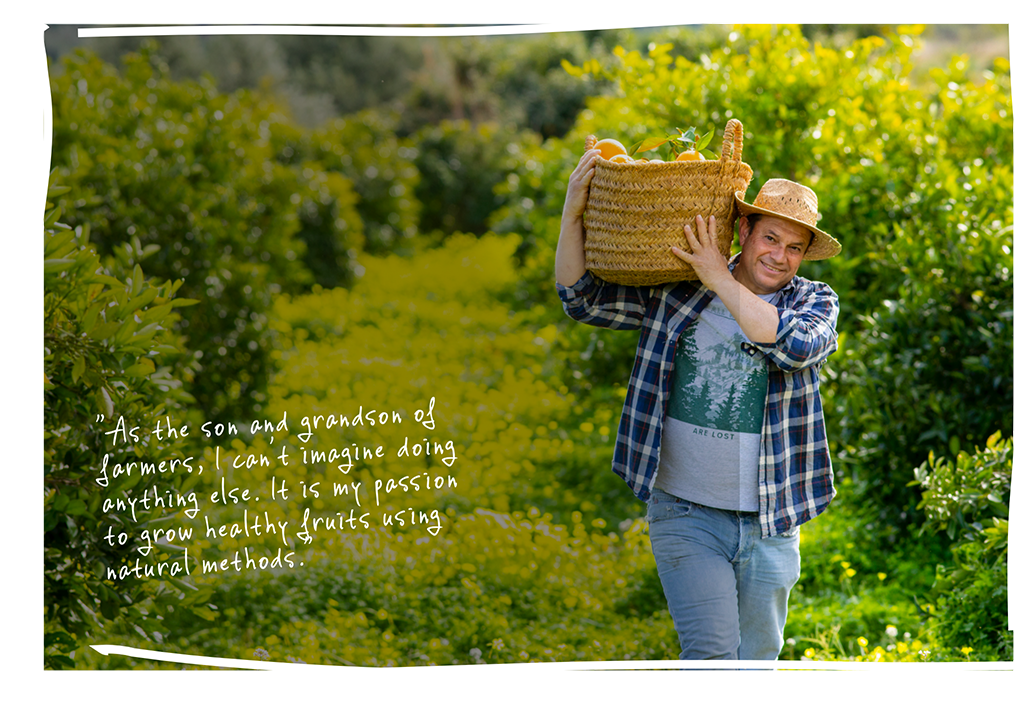 A citrus farmer since 1989, he has farmed exclusively organically since 2009. Not only does Fede have the entire citrus palette: oranges, clementines, grapefruits and lemons, he also always has an open ear and is always in a good mood. He proudly shows interested visitors around the groves, so they can get a feel of what it takes to grow the best organic citrus fruit. 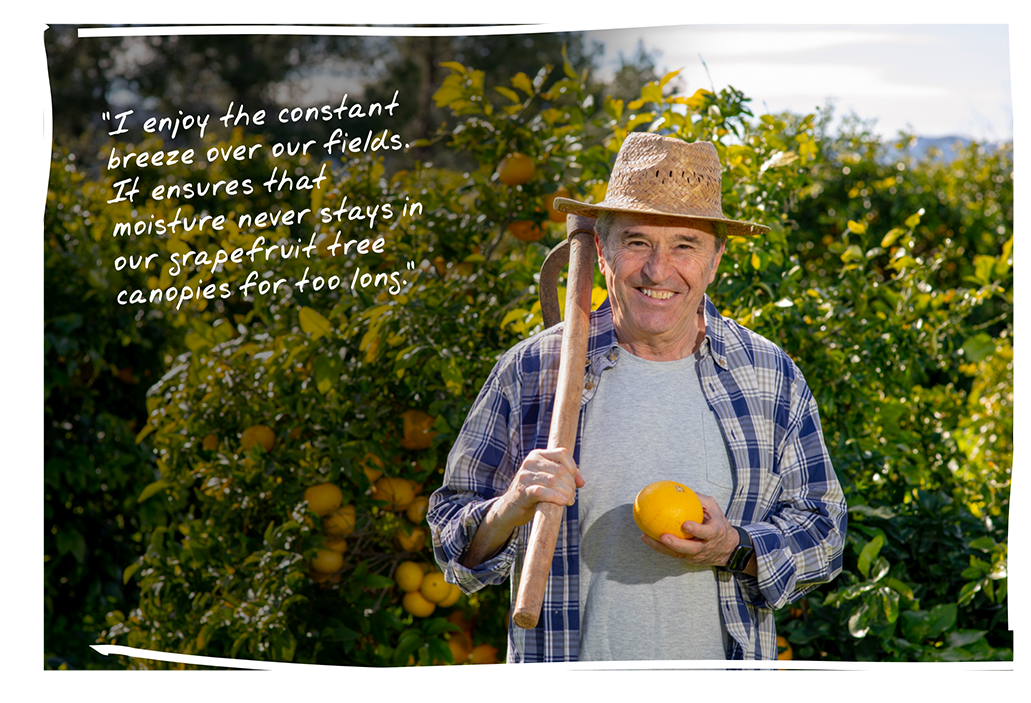 Joaquín, who has a law degree, has also swapped his desk for the family plantation. Thanks to the good soil, it is ideally suited for the cultivation of delicious organic grapefruits. 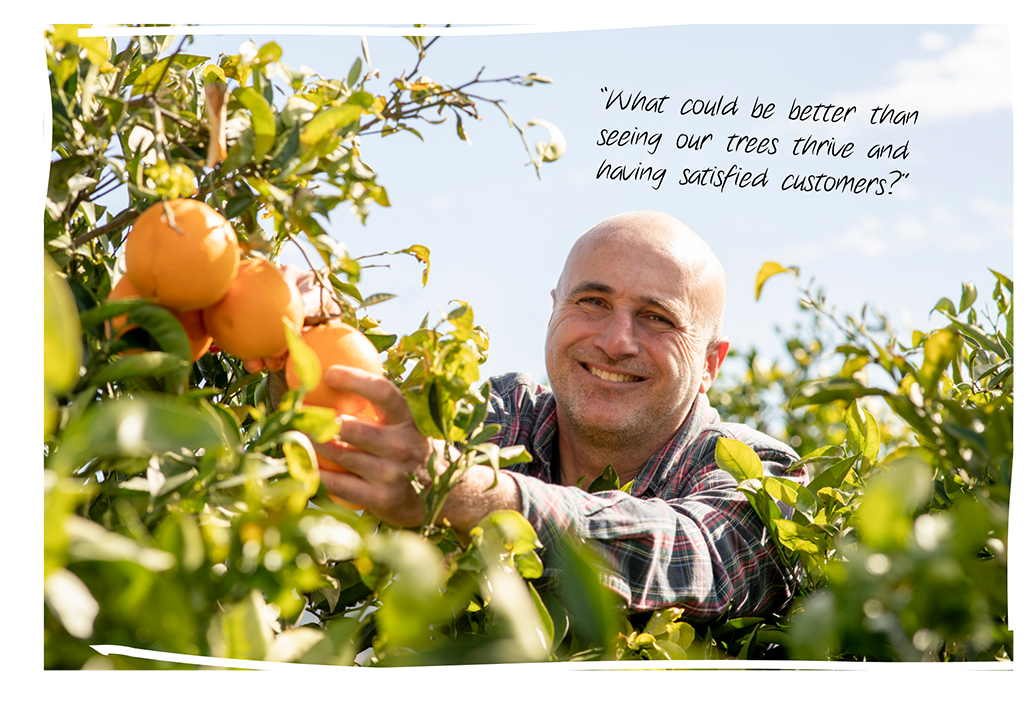 As an agronomist who graduated from the Technical University of Valencia, he has worked for organic growers for a long time. Today he is an organic farmer who has decided to run his own family farm where he grows clementines and oranges. 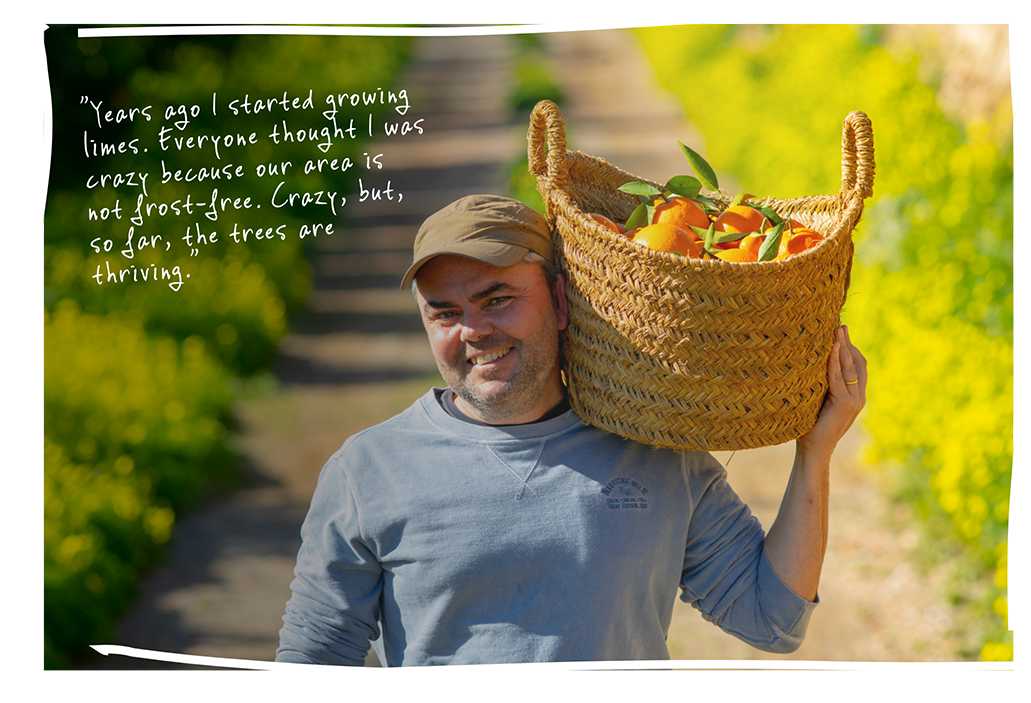 Dani also has a degree in agronomy and studied together with Quique at the Technical University of Valencia. After his daily work as the manager of a vegetable cooperative, he relaxes on his private farm doing what he enjoys, organic citrus cultivation. 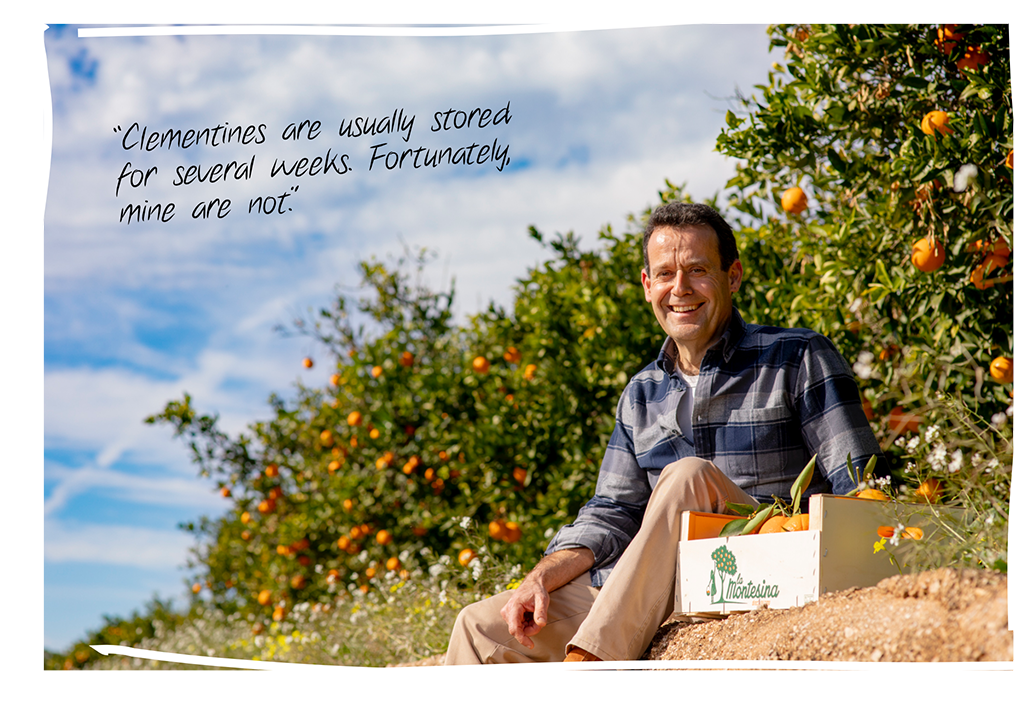 Together with a colleague, Fermin founded an organic fruit and vegetable farm in 2007 and began supplying restaurants and organic stores in and around Valencia. When he heard about the La Montesina community, he was immediately convinced. His citrus groves are still young, but already give him clementines of the best organic quality year after year. 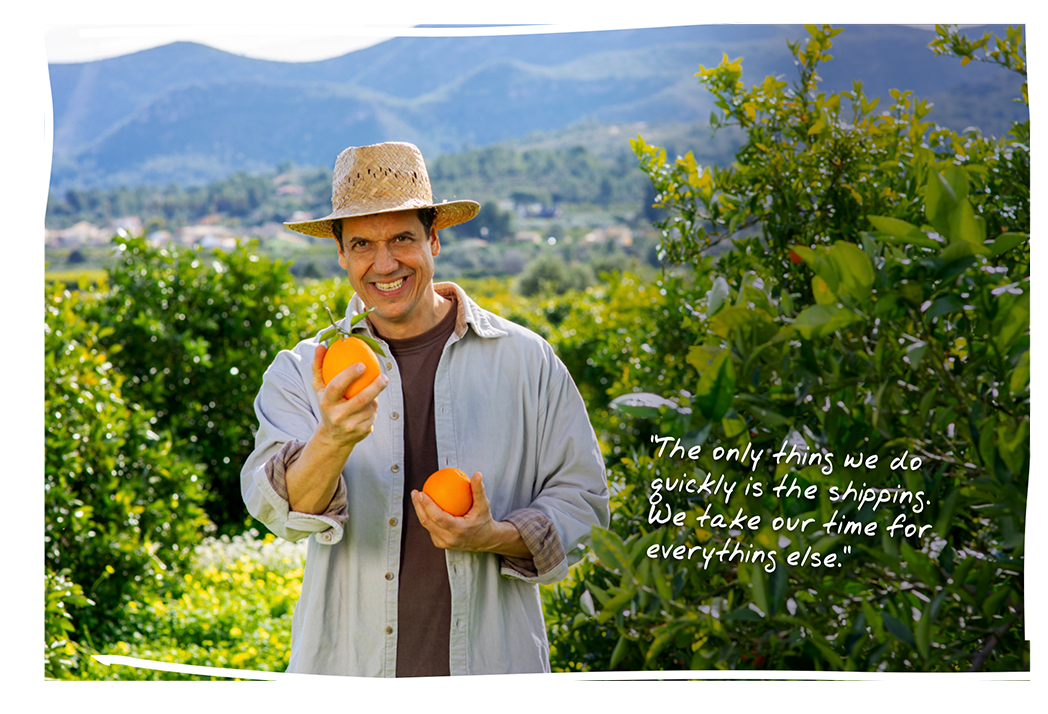 The initiator and sales manager of La Montesina, has dedicated himself to eco-friendly production methods, strict quality controls, fast and direct distribution, as well as precisely observed delivery times since he took over the family plantation. With his intelligent, friendly manner he is happy to answer any question and is your contact person for La Montesina. 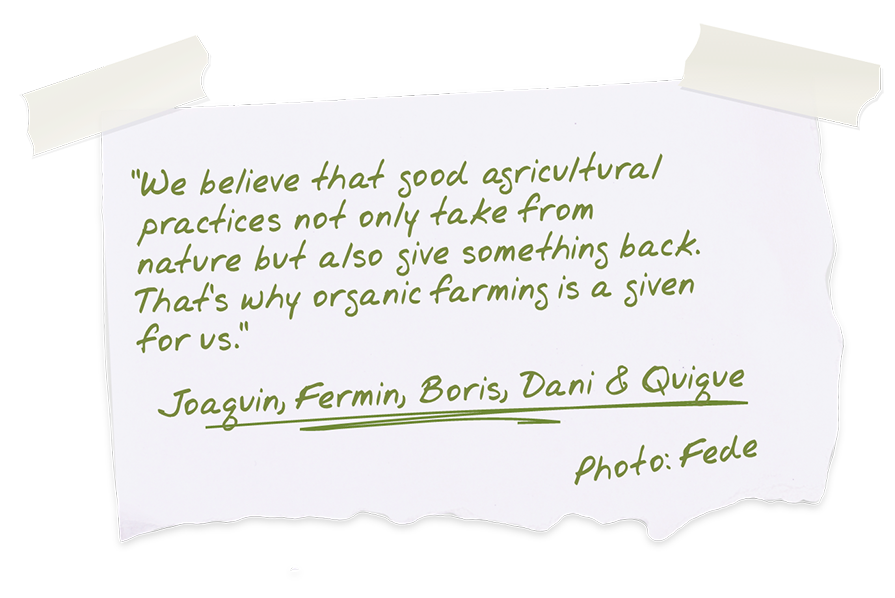 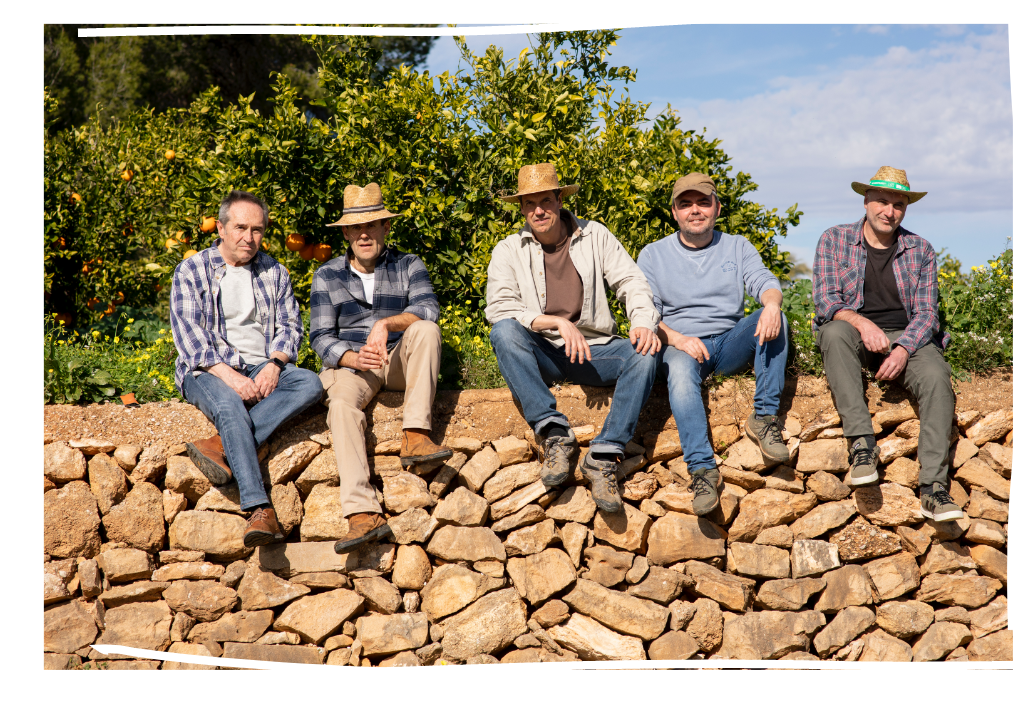 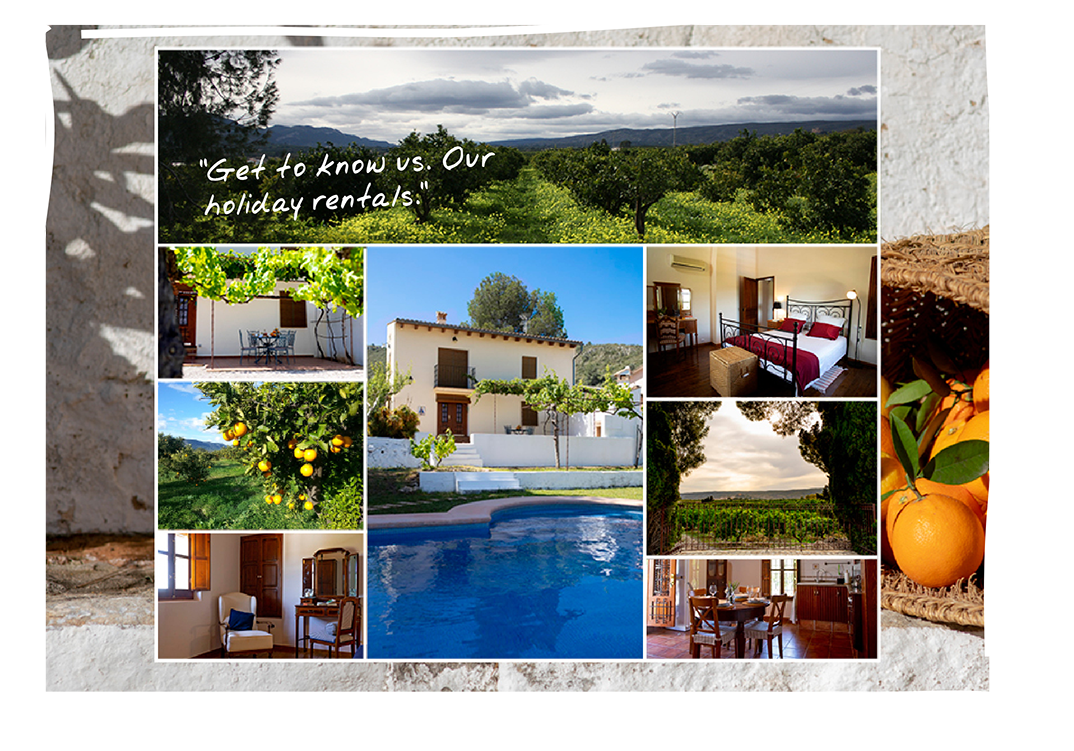 Take a holiday amidst the groves of La Montesina in Montesa, a mere hour’s drive from Valencia. Pick pure happiness from our trees, eat your citrus fruit on the spot. Enjoy a landscape that fires your imagination.